Our Salon History in Kansas City

Studio 39 is often recognized as a top salon in Kansas City, but began in a loft on 39th street. In 2001 Gemy opened on July 5th at age 24 and weeks later 9/11 occured. This would shape the salon’s mission to help people of Kansas City feel good about themselves while bringing them together. The 39th Street community was filled with diverse shops, so it was a perfect place for a studio. Areas of specialty were rare so her cut and color techniques soon drew attention. She worked with assistants to serve her large clientele but was still wait-listed for months.

The assistants developed into stylists so the salon grew in staff and clients alike. Gemy trained the stylists to become mentors as well, and Studio 39 became a top salon in Kansas City. Stylists are part of a team, selected for their personality and talent. History taught us to value the community we serve, so the salon donates time for events that benefit underprivileged kids through Operation Breakthrough and  Children’s Mercy Hospital. Studio 39 also gives a discount to military, law enforcement and first responders.

In late 2008 a recession would impact small business, but S39 grew when many were downsizing. Gemy made the difficult choice to leave 39th street for a new space and found a sleek gallery in the emerging West Side/Crossroads area. The Studio 39 name was kept to honor our start, and after a brief maternity leave in 2010, construction started in the Westside gallery. The two years at the art gallery space marked a new era of growth for Studio 39 Salon.

Soon expansion was needed again, but this time she wanted a space they could not outgrow. Downtown KC development had come to a halt, but in 2012 she found a 4,000 square foot warehouse. In the historic Bottling District her largest project began, and on January 2nd, 2013 Studio 39 re-opened. The space reflects the eclectic vibe of 39th street with the style of the gallery, which built the Studio 39 Brand. The large, zen inspired Studio 39 Downtown is a flagship salon to Studio 39 of Lakewood in Lee’s Summit and the Studio 39 brand.

I grew up in a family that owned a construction business but chose a different path, so I never thought of the salon as a” family business”. In our staff we have sisters, cousins, and best friends and our guests see we enjoy being together. I don’t just look for future stylists, I look for future partners. In a way we are a family business. 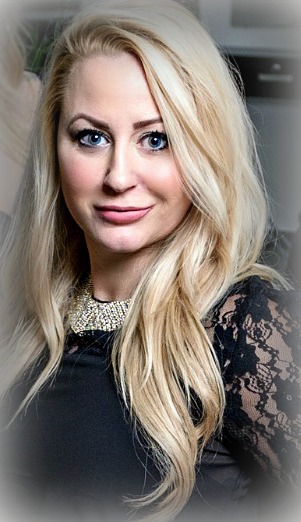